Airbnb in Lasne Discover our warm lodgings, from 2 to 14 people. Located 30 minutes from Brussels, in the countryside, 3 comfortable lodgings in a farm. Reserve the farmhouse or the stables. This beautiful property is located in a hamlet on the border of Namur and Brabant Wallon. To discover ! Airbnb in Lasne 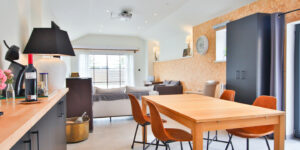 Airbnb in Lasne Come and recharge your batteries in the countryside, in our farmhouse “Les Ecuries” for 2 to 14 people. The charm of old brickwork with all modern comfort. Giant screen in the cottage, bread oven, hut for young and old with a 360 ° view of nature. A charming property halfway between Brussels and Namur. Airbnb in Lasne

Airbnb in Lasne Lasne (Walloon: Lane) is a Walloon municipality in the Belgian province of Walloon Brabant, south east of Brussels. In 2008, Lasne had a population of 14,043. The total area is 47.22 km² which gives a population density of 297 inhabitants per km². Lasne is the richest municipality in Wallonia, measured by the average taxable income of the inhabitants. It also has the lowest local taxes of any municipality in Belgium. It was formed from the fusion of five municipalities: Couture-Saint-Germain,Lasne-Chapelle-Saint-Lambert, Maransart, … Airbnb in Lasne

Airbnb in Lasne Located in an authentic hamlet, attached to the village of Sauvenière, La Cense de Baudecet is a former 19th century operating farm, offering unobstructed and unobstructed 360 ° views of the countryside. Take the old Roman paved road, let the chickens cross the road freely and arrive deliciously for a timeless stay. Find our cotage on airBnB Airbnb in Lasne 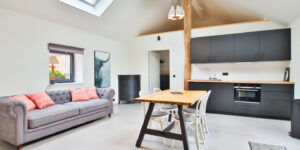 Airbnb in Lasne Take to the skies in this old outbuilding Come and enjoy a moment of relaxation with family or friends at the Fabrique de la Cense de Baudecet. Under a ceiling height of 4.5 meters, let yourself be surprised by the mix of modernity associated with the charm of old beams. La Fabrique is made up of … 1 open living room – 2 bedrooms – 1 shower room – private garden AVAILABLE ON SITE Wifi + Ethernet socketsConnected television (Netflix, prime video, Disney +)Library Living room … Airbnb in Lasne 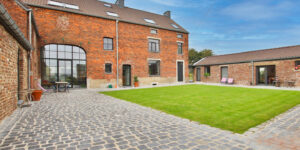 Airbnb in Lasne Would you like to enjoy a moment of conviviality in the countryside with your extended family, friends or colleagues? With a house or farm outbuilding available for everyone! We offer you a combination of our 3 gîtes within La Cense: the main building (9 people), the stables (2 people) and the factory (4 people). Each gîte is independent, forming a small village where everyone can rest or work in peace and quiet, with the possibility of gathering around a large … Airbnb in Lasne